La Palma was rocked by more than 40 seismic movements of low magnitude and intensity between 1.5 and 2.7 on the Richter scale, according to the data of the National Geographic Institute.

The biggest earthquake, recorded at around 1pm on Saturday, had a magnitude of 2.7 and took place in the area of the Natural Park Cumbre Vieja, 28 kilometres deep.

The second largest quake, of 2.6, took place at 1.23pm on Sunday in the same area, while the third quake erupted at midnight on Monday, reaching a magnitude of 2.1, according to the Volcanological Institute of the Canary Islands (Involcan).

The earthquakes from the huge Cumbre Vieja volcano have sparked panic across the Canary Islands, with volcano experts pulled in to examine the unusual seismic activity. 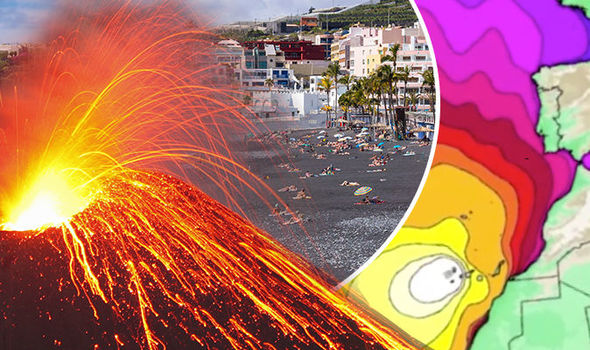 The Canary Islands have been hit by earthquake tremors Related articles

This has now risen to 50 tremors in three days after 10 more tremors were recorded from the huge Cumbre Vieja volcano, which sits on La Palma, overnight and into dawn.

One of them reported a magnitude of 2.1, which took place just after midnight.

A 2.8-magnitude earthquake was also recorded in the northwest of the Canary Island of Gran Canaria, according to the National Geographic Institute (IGN). 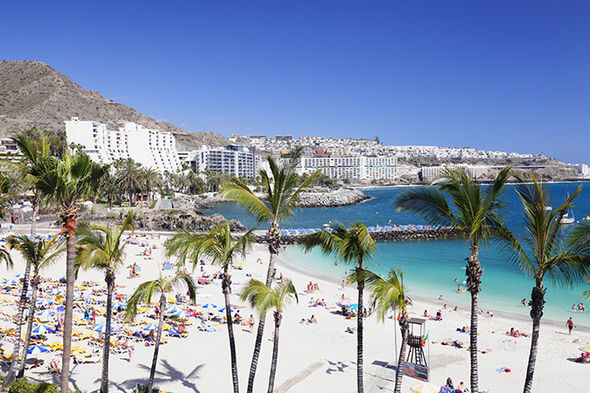 The shocking rise in such a short amount of time has prompted volcano experts from the Volcanological Institute of the Canary Islands (Involcan) to intensify surveillance on the islands.

María José Blanco, director of the National Geographic Institute in the Canary Islands, said the island has "never recorded a similar swarm" and although the energy levels are low and very deep, it is different from the seismic activity they have recorded so far.

The Ministry of Territorial Policy, Sustainability and Security of the Government of the Canary Islands, respecting the Special Plan for Civil Protection and Emergency Care for Volcanic Hazards, will meet with the Scientific Committee of Evaluation and Monitoring of Volcanic Phenomena, to evaluate the data obtained from monitoring stations on the island.

A scientific team of five will also visit La Palma to keep track of the tremors in situ.

Ms Blanco said the team will start to increase the number of seismic stations in the volcanic monitoring network in a bid to develop the geochemical measurements usually carried out in the island of La Palma.

So far, the earthquakes have not been felt by residents because they are occurring at a great depth.

The last significant seismic activity in the archipelago took place in 2011 on the island of El Hierro, which finally led to the eruption of an underwater volcano in the southeast of the island.

The eruption was followed by more than 7,500 earthquakes, which lasted for three months.

A map from the Volcanological Institute of the Canary Islands (Involcan) has highlighted where the flurry of seismic activity has hit.

Holiday destinations including La Palma, Tenerife and Gran Canaria have been identified in the maps, where red triangles show where earthquakes have hit. 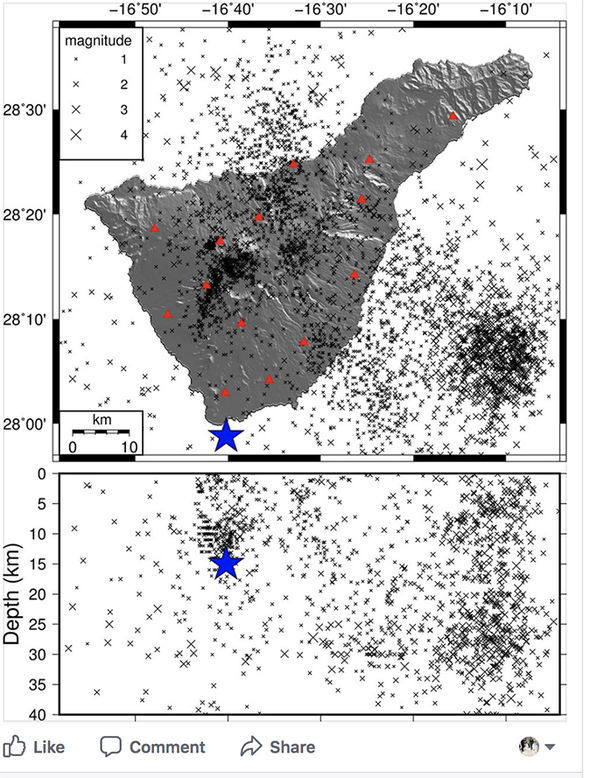 They have been recorded in Tenerife on Tuesday at 6.38am (local time) near the coast of Los Cristiano.

A magnitude of 3.6 and the depth of the hypocentre, indicated by a blue star, is about 15 km.

The black crosses show the seismicity in Tenerife and its surroundings since 2001.

A separate map shows the Canary Islands archipelago, showing which areas and islands have been hit the most. 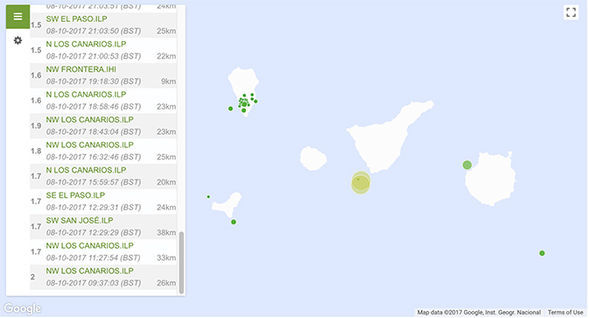 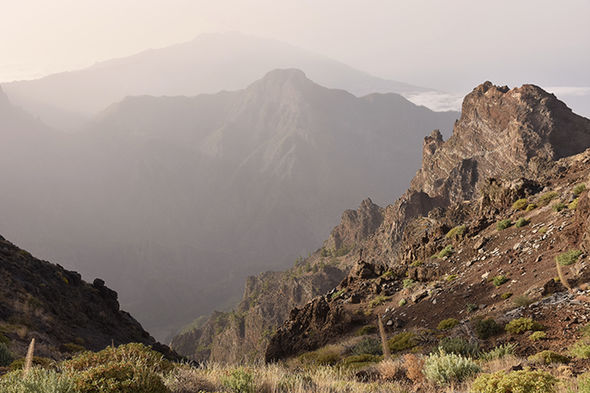 La Palma is a volcanic ocean island, which rises almost 7km above the floor of the Atlantic Ocean. There is road access from sea level to the summit at 2,426metres, which is marked by rocks called Los Muchachos.

It was originally formed as a seamount through submarine volcanic activity and is currently, along with Tenerife, the most volcanically active of the Canary Islands.

The island is composed of two large volcanic centres.

The northern part of La Palma is dominated by the older Taburiente, with a width of 9 km and a depth of 1,500 metres and is surrounded by a ring of mountains ranging from 1,600m to 2,400m in height.

Around a half a million years ago, the Taburiente volcano collapsed with a giant landslide, forming the Caldera de Taburiente.

But the younger 1949-metre-high Cumbre Vieja, the southern volcano, is one of the most active in the Canaries.