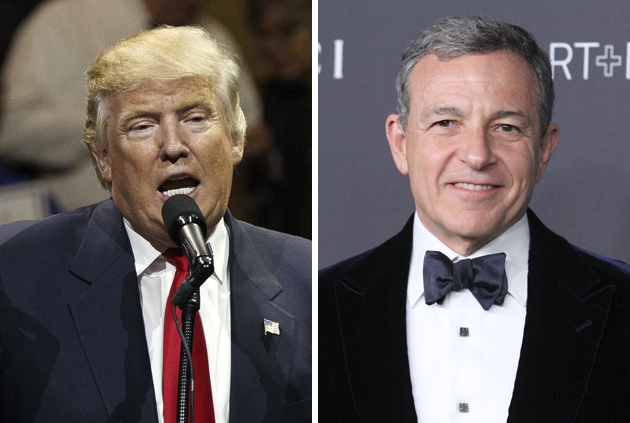 (UPDATE with further statement) There’s more fallout today from President Donald Trump’s decision to pull the United States out of the Paris Accord on Climate Change – and it’s coming from the Happiest Place on Earth.

Joining Tesla boss Elon Musk, Disney CEO Bob Iger announced today that he too is leaving POTUS’ White House Advisory Council because of America withdrawing from the international environmental deal that almost every nation is a signatory to.

As a matter of principle, I’ve resigned from the President’s Council over the #ParisAgreement withdrawal.

Not long after Disney sent out a slightly more detailed statement from Iger that covered the same territory.  “Protecting our planet and driving economic growth are critical to our future, and they aren’t mutually exclusive,” the global media giant head honcho said. “I deeply disagree with the decision to withdraw from the Paris Agreement and, as a matter of principle, I’ve resigned from the President’s advisory council.”

As Hollywood expresses outrage over the call by the former Celebrity Apprentice host, this is not the first time the House of Mouse chief has encountered controversy for his role on the President’s Strategic and Policy Forum. Back in March and amidst criticism from some, the deep pocketed Hillary Clinton supporter told Disney’s annual shareholder meeting that it was “in the best interest of the company and its values” to be a member of the CEO heavyweight group. Iger also said to the Denver gathering that being on Trump’s council offers a “privileged opportunity to have a voice in the room.”

Guess the only media boss on the Forum felt that opportunity lost its value post-Paris. Not that Iger had been hanging around the West Wing that much of late to begin with.

In early February, the recently reupped Disney chairman and CEO did not attend a planned meeting of the Council in the White House to instead be at a board meeting at company HQ in Burbank.  To be fair, Iger was never formally included on the list to attend that February 3 get together but many assumed he would because of the high altitude company.