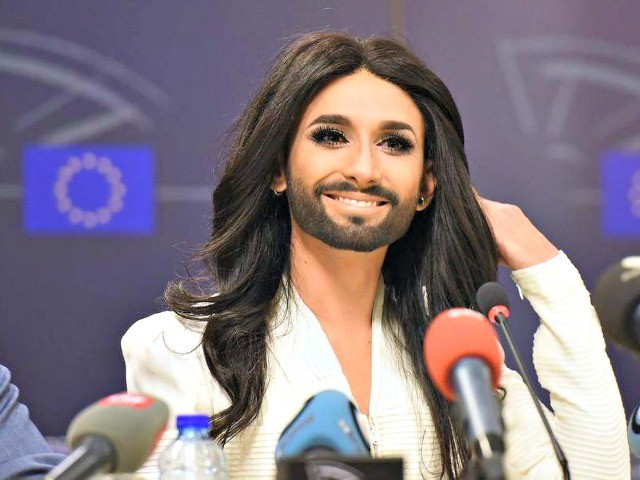 The theology program at the Jesuit-run College of the Holy Cross has taken on a new tone ever since the school appointed a gender-obsessed Chair of New Testament Studies who claims Jesus was a “drag king,” a new article contends.

Writing for The Fenwick Review, Elinor Reilly of the Holy Cross class of 2018 argues in a March 26 article that Professor Tat-Siong Benny Liew’s “unconventional readings of Scripture” have brought “a new theological perspective to Holy Cross.”

Letting the facts speak for themselves, Ms. Reilly suggests that “the centrality of sex and gender to his way of thinking about the New Testament” significantly colors the way that Professor Liew presents Jesus Christ to students at the Catholic College.

In a remarkable re-reading of the Bible, Professor Liew has argued that Jesus is not only “king of Israel” and “king of the Jews,” but “also a drag king,” as presented in the New Testament Gospel of John.

Reading everything through the lens of gender, Professor Liew finds sex in the most unlikely places in the life of Jesus. The episode of Jesus washing the apostles’ feet at the Last Supper, for example, is “suggestive,” like “a literary striptease,” and “even seductive,” because it “shows and withholds at the same time,” he claims.

Liew’s sexualization of the sacred Christian texts goes beyond the reinterpretation of actions and extends to gender identity as well. For instance, Liew stated that in his Gospel, Saint John makes very clear that Jesus is a Jew but he is less clear about “whether Jesus is a biological male.”

This eroticization can be found in Liew’s interpretation of Christ’s passion and crucifixion as well, which Christians solemnly commemorate during Holy Week.

“What I am suggesting is that, when Jesus’ body is being penetrated, his thoughts are on his Father. He is, in other words, imagining his passion experience as a (masochistic?) sexual relation with his own Father,” Liew has written.

What makes the heterodox perspectives of Professor Liew all the more scandalous at this Jesuit institution is that they are not reserved for some obscure graduate seminar, but are offered to undergraduates. In his prestigious role as chair of New Testament, Professor Liew often teaches “New Testament,” the College’s primary New Testament class.

Moreover, the “position and prestige which accompany an endowed chair in Religious Studies testify to the esteem in which his work is held by the College’s administration and academic community,” Ms. Reilly observes. “He continues to be held up as an example and a bold successor to the learned and discerning tradition of our Catholic and Jesuit College of the Holy Cross.”

Professor Liew was appointed to the endowed Chair of New Testament Studies, a distinguished professorship associated with the Religious Studies department, in 2013, having taught previously at the Pacific School of Theology and Chicago Theological Seminary.

The College of the Holy Cross, founded in 1843 and located in Worcester, Massachusetts, proclaims that its “Jesuit, Catholic identity has remained a constant” throughout its history, “informing and influencing everything we do.”

The Fenwick Review, which ran Ms. Reilly’s article, is billed as “The Independent Journal of Opinion at the College of the Holy Cross,” and “strives to promote intellectual freedom and progress on campus,” according to its mission statement.

The staff of the journal “takes pride in defending traditional Catholic principles and conservative ideas, and does its best to articulate thoughtful alternatives to the dominant campus ethos,” it states.