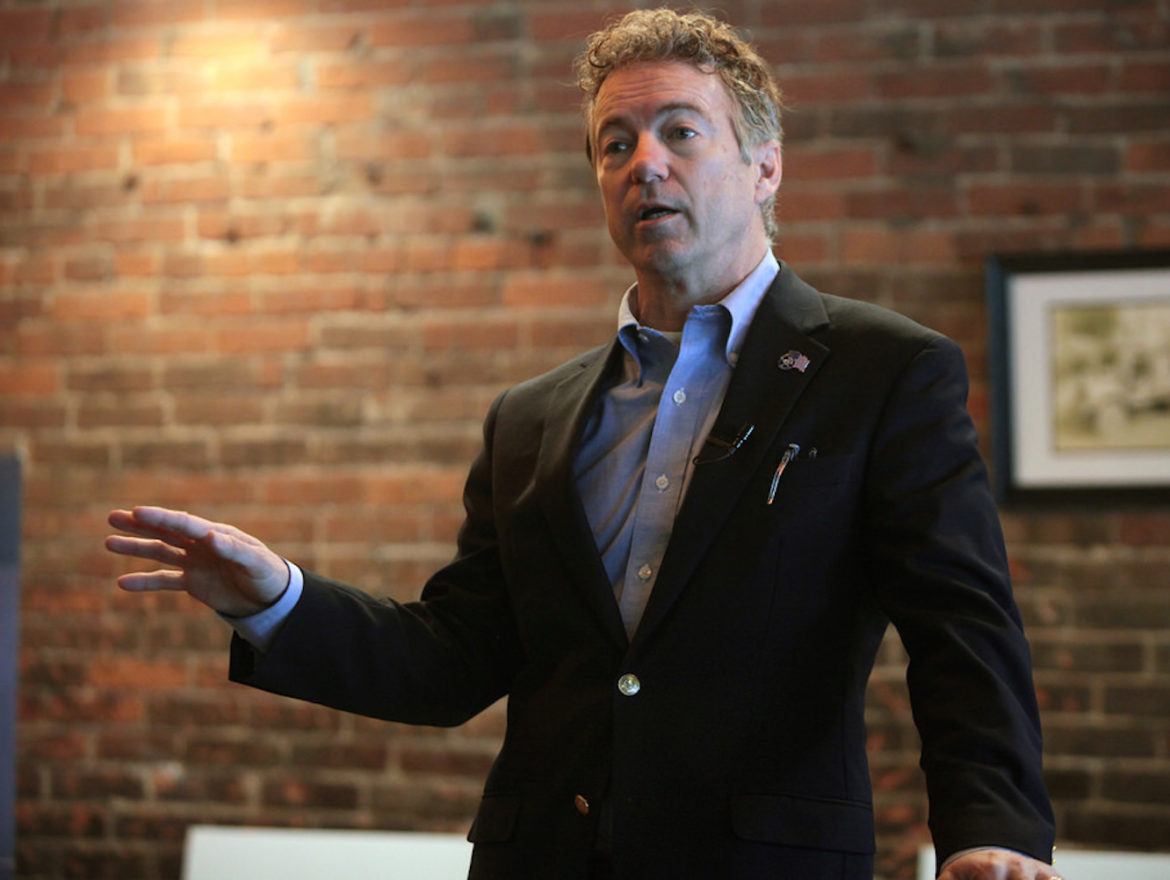 Sen. Rand Paul (R-Ky.) said Thursday on “The Laura Ingraham Show” that the House’s tax plan will deliver economic growth, although it doesn’t really constitute “a significant tax cut” as President Donald Trump said it would.

The House’s watered-down Tax Cuts and Jobs Act, released Thursday, would reduce the number of income tax brackets to four, with rates of zero percent, 12 percent, 25 percent and 35 percent. In addition, the corporate tax rate drops from 35 percent to 20 percent — short of the 15 percent tax rate Trump championed on the campaign trail, but still a significant change.

Although Paul applauded some aspects of the bill’s content, he expressed disappointment, saying the proposed legislation as it now stands wouldn’t deliver the “significant tax cut” Trump and Republicans promised.

“If you don’t cut the top 1 percent, you don’t really have a significant tax cut,” Paul told LifeZette Editor-in-Chief Laura Ingraham. “What they’ve done is, they’ve bought into the class warfare on the individual side.”

The senator from Kentucky said that if the U.S. wants to create jobs and keep them in the country, Congress must “lessen the punishment” it has doled out on corporations and the top 1 percent of income earners.

“We’re punishing corporations and the workers of those corporations so much that companies are fleeing and going abroad. So we have the highest corporate income tax in the world. It’s going down to 20 percent,” Paul said. “The president’s been a good leader on this. He has pushed up until the last minute of the last hour last night. House leadership is still trying to not give him the corporate tax cut he’s asked for.”

Even though the bill would only lower the corporate tax rate to 20 percent, Paul said this move still would “be huge” for the country.

“The best news out of this is, lowering the corporate rate will help the country. And I think we will see growth,” Paul said. “Already we’re seeing about 3 percent growth in the country because of the enthusiasm for President Trump and his policies. I think we’re going to get 4 or 5 percent growth if we get this thing through, within a year or two.”

But the Democrats have been particularly effective in pushing the narrative that tax breaks for the wealthiest Americans disadvantage poorer Americans, and many Republicans have found themselves convinced by portions of these emotional arguments, Paul suggested.

“We have to understand that the owners of our businesses — the people we work for — are richer than us. They pay more taxes,” Paul said. “But if you lower their taxes, they will either buy stuff or hire more people. If you raise their taxes, it goes into the nonproductive economy, which is Washington, D.C., and it will be squandered.”

“So really, even if rich people get a tax cut, we should all stand up and cheer because it means more jobs for us because you’re leaving more money in the private sector,” Paul continued. “So I’m one of the few that will stand up on TV and say everybody’s taxes should go down, including the wealthy.”